Vulcanicity, the Debut Ding, Avoiding the Pains of Aix – plus Perceptions of Proper Peaks!

“12-Across. What is the highest point in England (8,4)?” Our last morning in Digoin, we chatted to an American chap over a coffee as he wrestled with his crossword.

“Scafell Pike (7,4)” we replied. So it appears that both we and the Ordnance Survey have got the spelling wrong.  According to the informed source of the New York Times, we have missed out the ‘R’ in ‘Scarfell.’ What IDIOTS we are!

“We’ve had some spectacular thunderstorms since we started caravanning!” He had also asked if we had thunderstorms in the UK. “But in the UK, everything is a little small scale and Mickey Mouse.”

We explained that Britain experiences thunderstorms but nothing like those he would see in his home state of Virginia. “A hot day like today (33C) would probably make the British papers, with the headline ‘Phew What a Scorcher!’ And Scafell Pike is not even 4000 feet high, never mind metres!” He looked impressively unimpressed! 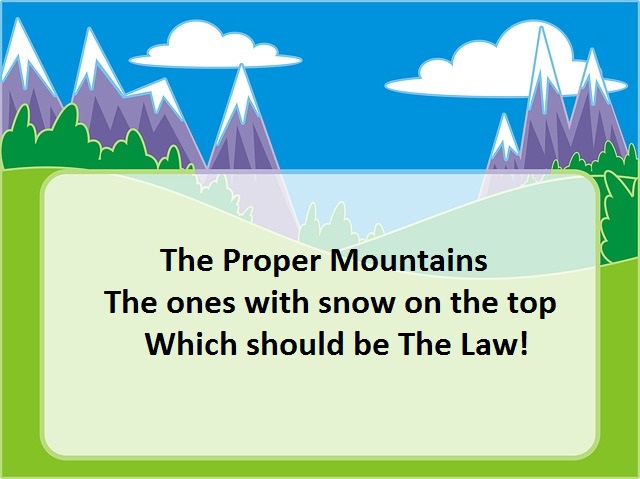 But talking about mountains, we’ve reached them now. The proper mountains. Pointy ones with snow on the top. Which should be the law…

We have crossed Central France, which, as I reported, looked like Hampshire but with sunflowers and Chateaux. We entered the Maconnaise, which reminded me of the conifer-clad foothills of Wales near Llangollen. We entered limestone country – the Bugey valley, a bit like Malham but with MILES of blue-grey and pink walls, soaring ever higher. The trees were just beginning to change; autumn here would probably rival New England! NOTE TO SELF – YET ANOTHER PLACE TO COME BACK TO!

We squinted as we came out of Le Tunnel du Chat into bright sunshine and there they were! The lofty peaks of the Savoie. A landscape that looks like nothing else. It feels like home; we have skied here so often that we even own a ‘bag for life’ from the Super U, Haut Savoie! Once again, our rivers have been rising; in importance, at least. Today we started with Loire, via Saone and have now reached Rhone. We are also in another wine region. Damn that planning. And isn’t there a saying “When in Rhone…?!” Cheers!

We only dinged the caravan slightly coming off a tricky pitch and dinged it not at all getting into a “you’re having a laugh!” pitch! Luckily Mark kept a cool head reversing around picnic tables, trees and park benches with the eyes of everyone on site drilling into him.

We had grounded out the back of the caravan as we came out of the last campsite – it was the tiniest incline but with a long caravan and the laws of leverage, it is surprising how slight the incline needs to be. The damage popped the nearside rear trim off its screws and was easily fixed, but it was our first ding. I was particularly upset because it happened on my watch. As you would expect, heading for the hills, it was a difficult journey, with a lot of winding roads. I do believe that we had earned that wine.

We had planned to stop at Aix les Bains, a spa town on Lake Bourget, France’s largest freshwater lake but when we got there, it was hideous. It reminded me of Blackpool but with sunshine.

It was tasteless in the extreme; busy, noisy and full of brightly coloured umbrellas and pedalos. Not only that, the campsite charged 33% more for the displeasure, so we carried on! We reached Challes les Eaux, another spa town. No lake – no pedalos, but nestled quietly and spectacularly under the mountains. That’s more like it!

18th August – RAIN! It is only the second day of rain since we’ve been away and with the mercury consistently hovering around 37C – it is glorious!

Mark made me smile. We were enjoying a coffee in our treasured Vulcan mugs as we played Led Zeppelin’s “The Rain Song” as a crisp, guitar-led accompaniment to the sound of rain on the caravan roof.

The Vulcan is one of my favourite aeroplanes. “It’s odd that they named it after a race of mythical beings!” Mark ventured. I nearly choked! “That’s illogical, Captain. It’s named after Vulcan, the Roman god of fire, who pre-dates Star Trek by several thousand years!”

Built in 1956, the plane itself also pre-dates Star Trek by almost exactly a decade. However, I love the idea that my favourite plane was named after Mr Spock, who is, in fact, also my favourite Vulcan! (Well, half-Vulcan if we’re being pedantic, which Trekkies are. Always!)

The Vulcan Bomber, my favourite plane.

We had lunch of Cake Jambon Fromage and it was just that! A cheesy sponge cake with bits of ham and green olives in it. It was, er, different! It faired up in the afternoon, so we drove up to Curiene and walked to the little chapel on Mont St Michel.

I just love being in the mountains, they make me feel so alive! The views were stunning and we experienced that amazing sense of altitude that you get when you see aircraft actually flying beneath you! There was a whole posse of gliders rising silently on thermals, but they had some way to ascend to reach our lofty eyrie!

But the best thing about Challes? We rather wished that we had saved some laundry for this campsite – un jeton laver linge (a washing machine token) was only €3 here. What a bargain! The cheapest we have found so far was €4 and it has been mostly €5.

When travelling on a budget, one has such things to consider!

Next time, follow us up the hairpins and join us at 1000m beneath the largest limestone horseshoe in Europe. Click here to see if we avoid that major hazard of high-altitude caravanning; the Kami Kazi Chemi Khazi!

For more things to do around Challes les Eaux, check out my 30s Review & Things to Do – Campsite Municipal Le Savoy.

If you want to know about the magnificent Vulcan aeroplane, whose technology and delta wing design led to Concorde, own your own Vulcan mug while helping to maintain and operate Vulcan XH558 and other heritage jet aviation, check out Vulcan to the Sky Trust