We awoke to a very different Monday morning.

It was a beautiful bluebird day but neither of us felt anything like skiing. With no new snow for some time, the conditions were quite icy and hard packed. Unlike our previous 1-week skiing holidays, where we were queuing for the first lift and did not return until dark (with a maximum 20-minute break for lunch) it was so lovely not to feel like we HAVE to spend every waking minute on the slopes. We wanted to make sure that the dogs were settled and happy in the apartment before we left them and after all, we are here for 3 months. There will be snow. Sometime. And we will ski. Sometime!

In the back of our mind, however; was this going to be a repeat of our road trip in the summer that didn’t actually go anywhere…? 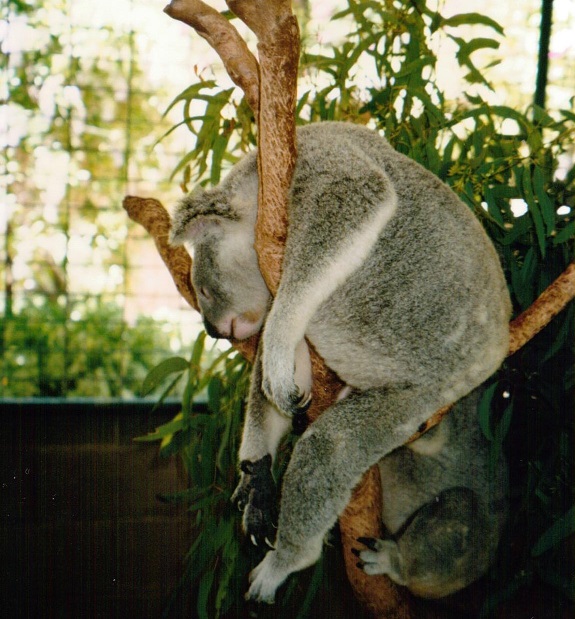 This was how we felt after our journey of 1000 miles. BULLDOZED!

We had a leisurely morning before taking the dogs out for a walk up a grassy track – on which we have previously skied off piste! It was the pups’ first experience of snow and we were delighted to find that they LOVED it! It was such a joy to see them playing and chasing each other. Lani, Ruby and Rosie seemed to enjoy eating snow and everybody had fun chasing snowballs. We walked up as far as the black run, Moos and got our first picture of the Pups on Piste. (To Mark’s chagrin, this would be the first photo of many…!)

With a coffee on the terrace, we watched the setting sun paint the mountains pink. A fitting colour for Monte Rosa (although the name actually derives from a local patois word rouése, meaning ‘glacier’; not ‘Rosa’, which is Italian for ‘pink’.)

The Fab Four chased excitedly around the building and went to play in a pile of snow at the back. They seem to love it here as much as we do and there was no problem with snow balling up in their fur. We feel immediately relaxed and excited to be here. And snow is forecast for tomorrow!

The Mystery Muncher has struck again. Not satisfied with quietly nibbling away at a pack of minced beef on the way up from the supermarket in Aosta, the zip of my fleece jacket has started shedding teeth. Note to Self; keep both shopping AND outdoor clothing out of reach of canines – particularly one Princess Ruby…!

On Tuesday, we applied Mushers’ Secret Paw Protector Wax to protect the pups’ paddy paws and to help with grip. The results were hilarious on the tiled floor of the apartment. All that was missing was a background rendition of ‘Bolero’ as they slid around like Olympic Figure-Skating Legends Torville and Dean!

It was a day of new experiences – both for us and our Continental Cavapoos. After parting with €1600 for our seasonal lift passes, we all went up into the mountains on the Gabiet Gondola. Rosie was a bit reticent, but poor little Lani was shaking. Kai and Ruby took it completely in their stride!

We had a walk around on the snow, recovering our YakTrax shoe grippers every couple of steps. (We overcame this eventually by tying a shoe lace to the YakTrax over the top of our boots to keep them on!) Then, we stopped for refreshments in The Adler Nest (The Eagle’s Nest) mountain hut.

The pups proved a hit; one ski group even insisted on taking their picture! It was very much fun, but we do seem to be blighted with further technology problems on our travels. We packed light on the camera front. I mean, how many cameras do you need? The answer is more than one if the battery decides that it is going on the blink and won’t last for more than 5 minutes! Looks like France and the laptop battery all over again!

We returned with the full intent to go to the gym today, since we didn’t yesterday…  We have turned down the heating so the apartment is no longer like an oven. It is -20°C outside and we have had to sleep with the windows open for the last two nights. I don’t know why Alpine hosts seem to maintain room temperature at the sort of level at which you could smelt steel!

I said it was a day of new experiences. The dogs came with us to the gym. It made the gym so much less of a chore having a Cavapoo emulating my standing stretches by rearing up on his hind legs, then doing my ab workout with Ruby curled up on my shoulder and Rosie licking my ear!

Still, those of us who are Livin’ the Dream do have mundane things to contend with – and that includes laundry. Even so, probably the most exciting thing for me today was the inauguration of our new portable washing machine! To our horror, we realised that we had left the instructions in the caravan. However, I can boast some experience with twin-tubs from my student days. I guess it’s like riding a bike or milking that goat in June for the first time in 30 years – you can’t explain how to do it, but the muscle memory remains! In any case, the instructions were probably written in “English As She Is Spoke.” I can’t tell you how satisfying it was. Had we started using it before we came to Italy, it would have paid for itself already! I reckon this mean mutha has a 4 week ROI.

We had avoided it for some time because of the hype. However, we crumbled under peer pressure and bought the box set to keep us entertained through the long evenings you get when Winter has Come. And, after a single episode, it’s official. We are addicted to Game of Thrones!

Wednesday – a bluebird day! The pups played excitedly in the snow outside the apartment. We collected our newly edged and waxed skis from the excellent Ambaradabspitz, (who advertise ‘Lamine e Birra’ – ‘Ski Edges & Beer!) Would today be the day we finally christened the planks?

That would be a ‘No!’ We decided to stay with the pups for just one more day to make sure that they feel secure in the apartment! You have to understand that we’re just not used to being without our babies!

We walked towards the head of the Lys valley to explore a couple of little summer huts. The views were stunning and today, we had only one backtrack for a lost YakTrax!

There are reports of blizzards in Courmayeur and even Geneva. It seems that Winter is definitely Coming! Seemingly, we have timed our drive here to perfection!

Mark’s birthday! Oh NO… Another bluebird day! This time, we all went for a beautiful walk down the valley and along the River Lys to Selbsteg. We were joined by an elderly Alsatian half way through the walk – he crossed the river with us and didn’t seem to want to go back. He didn’t follow us home, though, so we didn’t have to keep him. (Little did we know, however, that along with a little dog called Red, he would soon become a regular caller at our apartment!)

And FINALLY – we went skiing for a couple of hours. We left the pups HOME ALONE for 2 hours. Not because that’s as long as they can be left, but because that’s as long as we can bear to be without them! Fortunately, after a two year snow drought, we could remember how to ski. However, the more pertinent question was; would our salopettes still fit? Mark’s actually fell down, but my new Pink powder pants have, er, shrunk… I am going to have to be a bit more diligent with this gym business if I a going to be able to press them into action for our powder skiing course in a couple of weeks.

The snow was lovely – it was like icing sugar at the top of the Passo Salati, although the link to the next valley, Alagna, was closed due to high winds. Mark was carving lovely turns. We skied down to Bedemie, to what we call ‘The Cuckoo Hut” or “Whistle Hut”, since the wood-carving artisan who lives there has fashioned a whistle that makes a cuckoo noise each time the door opens! We think that he may also be responsible for some of the mystical faces in the tree stumps who watch you rise on the Bedemie-Seehorn lift.

We had set up a camera to monitor the pups to make sure that they were OK during our absence. Unfortunately, ‘Pup Cam’ was set on ‘still’ – taking a photo every 3 seconds – rather than ‘video’. So now, we have 4,800 photographs of a sofa bed covered with a purple blanket – and are absolutely none the wiser as to what the pups got up to!

10 times in 3 days? We might as well face it, we’re addicted to Game of Thrones! For the Ladies, let me tell you that there are willies in episodes 5, 7 and 9. For the Lads, there is nudity, boobs, lesbian sex and violence throughout. HOWEVER – for both – I have to say that there is an incredibly compelling story line!

As I leave you, it is properly SNOWING! And we have arranged to meet Sylvia at 10:30 tomorrow to discuss dog sitting…

Join us next time for a Viking Charm Offensive – and other oxymorons!

Go on. Make my day. Follow my blog and have puppy adventures delivered weekly into your inbox!

One thought on “Pups in POW!”