Saturday – We had planned to visit the town of Noirmoutier, but as I walked the dogs on the beach, there was an emergency.

A chap and his son were just launching their windsurfers. The son was a beginner, but the chap planed into the distance on his first reach! I raced back to the caravan. I had left Mark de-rigging, because no more wind was forecast. Fortunately, in my short absence, he had only taken down yesterday’s tiny sail, so I rushed straight back to the beach with my larger kit and had a cheeky, lovely hour!

It is amazing how the Atlantic, which punished me yesterday, was smooth, sunkissed and loving today! I didn’t even get my hair wet as I glided round gybes and carved graceful ‘S’ shapes on little waves. I had to work for my reaches, as the wind was light but it was really beautiful when I got planing. I went miles out with every run. It was so much less tiring than yesterday – and so much less terrifying…! Poor Mark decided that it was probably best to be cautious. He doesn’t think he has broken a rib, but his chest is very sore and the pain seems to have moved into his shoulder blade.

I so enjoy watching the pups on the beach. Last night, Lani and Ruby went beserk chasing birds and this morning, seeing Rosie bound up the steps with excitement was just lovely. She really is the embodiment of ‘joie de vivre.’ She greets each new day with rapture!

The morning was not without conflict. An evil-looking chocolate lab (yes really!) chased the pups rather nastily. I grabbed its collar and frog marched it back to its owners; its front feet barely touching the ground. Mess with my Fur Babies and you mess with me… They knew. And I think the look in my eye dissuaded them from challenging me!

During our evening walk on the beach, the pups treated themselves to a free feast of decomposing Mermaid’s purse. (A Mermaid’s purse is a dog fish egg case). I have never smelt anything quite so evil. I couldn’t even sit in the caravan with them because the smell made me retch!

We had planned to bathe them anyway, as they were very salty and sandy. Kai was the worst olfactory offender. Even after his bath, his breath still smelt like he had the devil’s doings lodged in the back of his throat. I tried feeding him smelly sausage and a bit of Parmesan, but he still stank like Satan’s armpit. He can sleep with Mark tonight! I was worried that our Belgian neighbour with the grey pony tail and matching handlebar moustache might be offended by my coughing and retching. I hoped that he wouldn’t think that I was trying to impersonate him, since that is how he starts each day…! 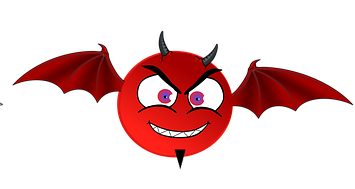 Even after sausage & Parmesan, Kai’s breath stank like Satan’s armpit!

Sunday – We started the day by digging a German camper van out of the sand. It was a young couple with a baby; they had arrived on the island at 11pm, but all the campsites and Aires were closed or full. The poor things had spent the night in the car park. Then, having chosen their pitch, had promptly wheel spun their way to an impressive depth in the sand.

They had not had breakfast so I offered them a hot drink and some croissants. I recommended the pitch opposite, recently vacated by a substantial motorhome, but I think the bloke was feeling a bit embarrassed and wanted to do his own thing. They did pitch and set up there, but then moved everything by hand to another pitch; away from us and closer to the beach!

We chortled to ourselves as to how we were now so experienced at caravanning WE would never get our van stuck. Oh, how we would come to regret such unseemly pride, which inevitably comes before a whacking great fall!

Having bathed the malodorous mongrels, we decided that it would be nice to stay sand-free, so we drove off the island for a forest walk near Fromentine. Just as Mark and I stopped to discuss directions, the mutts did, of course, manage to find a nice stagnant pond to explore. Ah well, at least it’s not sand – and nothing could smell as bad as that Mermaid’s purse!

The wind was conspicuous by its absence, so we kept making plans to go and see the windmills at La Guérinière but never quite got it together. We wandered up there on Wednesday evening – and were so glad that we hadn’t set aside a whole day! The beach at Le Guérinière was covered with seaweed and signs saying ‘No Dogs Allowed’! The windmills were very sweet – they had been converted into houses. You have heard of ‘The Satellite of Love’ – one was called ‘Le Moulin d’Amour!’ We drove up to the forest just past La Guérinière to give the doggies a run.

I am not a huge fan of sightseeing but I am nothing compared to Mark. “I’d like to go and see the town of Noirmoutier.” “You’ve been to the Supermarket on the road to Noirmoutier, is that not close enough?” he replied… I am surprised that he didn’t also postulate that a trip to the supermarket was WAY better than Sea World. Well, there are tanks of live lobster and crabs on the fish counter. What more could I want?!

I eventually got him to Noirmoutier, but only under the guise of “Mission Mussel”! We had stopped at the supermarket, but the fish counter had run out of mussels. HA! I couldn’t have planned it better. There was no choice but to go on.

Noirmoutier is very quaint and we enjoyed walking around the narrow, cobbled streets, overlooked by the impressive, 12th century castle. We kept running into the same foursome with a little, white poodle. “Aw, isn’t he CUTE!”; “Hi! Nice to see you again! Bye. Have a great day!”; “Oh Hi. Fancy seeing you AGAIN. Take care. Enjoy your trip!”; “We really must stop meeting like this…”

We scored a couple of kilos of mussels in a fishmongers. They were so fresh that hardly any of them were closed. Mark deployed about half a pound of butter on his garlic bread and doubled the amount of garlic from the Vampire-repelling quantities used on Oléron. I hope the dogs realise that this is our revenge for that Mermaid’s purse!

Our anniversary present came a day early, which was lucky. The campsite was closing for the season on our anniversary, so we had to leave first thing. Fortunately, our anniversary wind forecast also downgraded from 30kts to 15. It was a relief on two counts; we wouldn’t be forced to miss a great windsurfing day – and we didn’t fancy towing a large caravan over the bridge in 30kts!

There is a second route off the island besides the bridge, although I am not sure that we are the perfect vehicular candidate for the Passage du Gois. The Gois features on the website ‘Dangerous Roads’- it is an ancient causeway, which sinks beneath the waves twice a day. Mindful of the fate of the German couple, we didn’t fancy getting Kismet and Big Blue stuck in the sand to await a swamping from the incoming tide!

The wind was a little too Southerly in the morning but it swung round in the early afternoon. There were a few kites out further down the beach and a lone windsurfer. We decided that it was time to get out there! My kit was ready, so I went out as guinea pig. The tide was just on the turn and it was absolutely beautiful – smooth rolling waves to ride; joyous! I did a few reaches then came in and told Markie to get out there in case the wind dropped. We had a couple of short sessions each and just didn’t want to stop!

We were shattered by the time we had de-rigged, washed sand off the kit and then packed up the caravan, ready for a swift exit tomorrow.

Our final move of the trip – to St Malo!

Join us next time to see how we get on – back home to Mr Cock Up!

Don’t forget to follow my blog – buttons to subscribe are on the right hand side of the screen. Once subscribed, you will get an email to let you know each time I publish a blog – and you won’t be left wondering how we got on with Mr Cock Up’s visit!