If you travel with dogs, it is inevitable that you will, at some point, travel with a sick puppy.

Of course, the best time for this to happen is when, for one night and one night only, you are staying in a dog-friendly hotel room with white linen and – what were they thinking?!!! Carpets…

It was a stop over en route home from Italy and we woke early with a vomiting Ruby. We decided to get up and get on. We were out of the room for just 2 minutes, yet we emerged to the aftermath of gastrointestinal Armageddon. Ruby, it seemed, had suddenly developed a backside like a firehose.

We cleaned up as best we could and speculated that we would be rich if we could patent a dog’s behind as a failsafe method of spray painting an entire room in under five minutes. It was not the start that we wanted. For the first time, we felt that there was moderate justification for being charged an extra €16 for dogs. Usually, you get no service and the dogs have zero impact. Even so, we departed under a cloud of guilt and inadequate apology.

Armageddon aside, like yesterday, our departure was delayed by disorder. “Where’s the diary? It’s got the postcode for the Chunnel (Channel Tunnel) in it.”

I mentioned in On the Road last time that Mark and I are differently organised. I admit that I am not the tidiest person, but when I do put things away, I like them to be in their proper place. Mark, on the other hand, just likes things to be put away. And this is, of course, why we eventually found the diary in the food bag.

Destination co-ordinates entered, we emerged from the Nirvana of our industrial estate to a broad, agricultural landscape, punctuated by regimented lines of poplar trees and wind turbines, all mysterious in a pink morning mist. Very French! What was also mysterious and very French was that McDonalds was not open at 07:49 (and a sign announced that the ‘Glace’ machine was broken, so even if they had been open, a McFlurry was out of the question.) The first motorway services was also closed. What do you have to do to get your morning coffee in France?!

As we drove, in a digression from the country codes, postcodes and fluid dynamics explored in conversation yesterday, Mark tested me on my Baltic Capitals;

We mused as to whether Brexit will trigger a repeal the EU colour coding on fire extinguishers. We are in total agreement that the old British system of different coloured fire extinguishers for different fires was much more effective than having them all red with just a coloured label. We had 3 hours to go to the Channel Tunnel. In silent and tacit agreement, we opted to listen to the wireless! 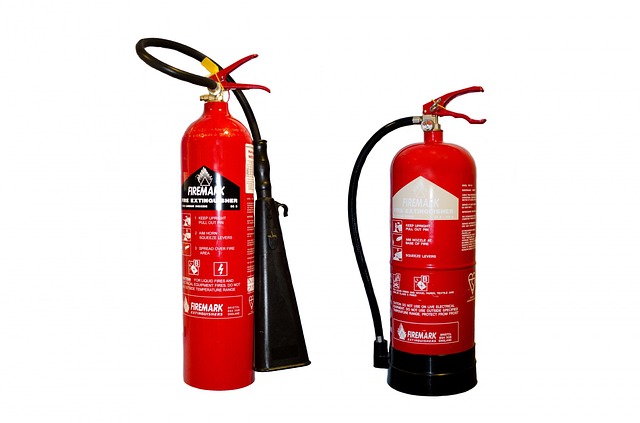 We mused as to whether Brexit will trigger a repeal the EU colour coding on fire extinguishers… and decided to switch on the wireless!

We were in Champagne by 9am and had our worst and most expensive coffee to date. €7.20 for two Latte Macchiati made with powdered milk. No you can’t sell me a croissant for €5. (We bought four delicious fresh ones from the bakery in Leclerc’s for €1.20.) Reckless expenditure at this level does not bode well for my reduction and reassignment of the coffee budget into the alcohol budget to atone for my new powder skis, just purchased in the end of season sale!

We arrived back in Blighty on the warmest March day since 2012 and my shiny, new skis had arrived! The dogs were delighted to be able to chase around the park. No snow, but there were squirrels. Ruby of the Runny Tum seemed to be fine again, after passing a lot of leaves… It appears that yesterday’s leaf-kicking game had doubled as an unhealthy snack containing a little too much fibre. She polished off her special invalid’s dinner of roast chicken and rice and thankfully, there were no follow on effects. We hoped that this status quo would remain, since we were staying with Mark’s Mum. We have our own bed linen but there is carpet – and had not been charged a €16 dog supplement!

Foolishly, we thought everything was going swimmingly. After our first winter storage, I was delighted that Caravan Kismet was dry as a bone and didn’t smell of mould. In fact, she smelt pleasingly like a new van. I smugly self-congratulated on my silica-gel-kitty-litter-spread-around-in-Tupperwares as a solution to keeping things dry over-winter.

Despite dire warnings about the preparations required for over-wintering, other than a mouldy plastic tube (the one we use to fill the Aquaroll) and a brief splutter of reluctance from the Whale water pump, everything was still fully functional!

We were thrilled that unlike our last homecoming, we didn’t return to an array of outstanding fines and, having been away for 3 months, a court summons for non-payment of said fines. (See Home & Briefly Back in the Brick for more on this.) However, our homecomings are never straightforward. We realised that in the hassle of all the doggie issues in France, we had left our Dunlopillos in the Budget Hotel. The welfare of our necks depends on them, so we looked them up on the internet. Replacements are nearly £100 each!!!

Still, we had our First Supper overlooking a lake and listening to the birds. We were so happy to be back in the caravan.

April 1st and we awoke to three sick puppies in a caravan! We were up at 02:30 with poor little Ruby, 04:00 with a vomiting Lani. By 07:00 we gave up and got up. Rosie managed to make it outside, but Kai obviously felt left out. He hadn’t made a contribution to our rapidly expanding pile of laundry. He put this right by leaping on to me as I was consoling myself with a much needed cup of coffee. The coffee ended up all over me and one of our rapidly depleting supply of clean blankets. Then Kai vomited on the carpet.

By Monday, Ruby was a very sick puppy indeed. Even roast chicken failed to tempt her. She had refused to eat all weekend and had lost 1/8th of her bodyweight. We took her to the vet, who kept her in and put her on intravenous fluids.

But we weren’t worried about any of that.

We were worried that we were going to lose our beautiful, little red Princess.

We don’t know what caused Ruby to be so ill. The dogs had all been chasing in autumn leaves in a motorway services in France. Since it was an area probably frequented by other dogs, it may have been an infection or the leaves could have had mould on them, which can be very toxic to dogs. It is possible that the illness was an adverse reaction to the tapeworm treatment administered just before we left as required by the passport regulations.

We now use a different tapeworm treatment, as we are not prepared to risk Ruby being so ill again, but we have no way of knowing whether or not this was the cause.

Thankfully, with veterinary treatment, she made a quick and complete recovery, although not without some drama. Read about it next time when we ‘Meet The Jobsworths!’

“On the road – you must be brave and tireless… On the road – you can listen to the wireless…” The origin of this quote is the ‘Not The Nine O’Clock News’ song “I Like Trucking.” Rowan Atkinson, better known as Mr Bean, first came to prominence as part of the cast of ‘Not’!

One thought on “On The Road – You can Listen to the Wireless!”