I took a blogging break at the end of last year to launch and market my latest book, To Hel In A Hound Cart – Journey To The Centre Of Europe. This was the fifth and last book in the Adventure Caravanning With Dogs series, which follows our journey since we gave up work in 2016, accidentally bought a caravan, then decided to rent out the house, sell most of our posessions and tour full time.

Then, on Friday 13th December 2019, when Brexit became a certainty, I uttered a sentence to my beloved which would change our lives forever.

“I’ve had enough of Britain, let’s go to Mongolia!”

While Caravan Kismet was a faithful travel companion, who gave us safe passage over the Carpathian Mountains, two cornfields, and a footpath in Romania, we felt the Gobi Desert might be a step too far.

On 13th January 2020, we purchased The Beast, a 6×4-wheel drive Volvo N10 truck unseen off the internet, and converted her into our new home.

We moved in on 1st July 2021, but due to coronavirus lockdowns across Europe, we toured the UK.

When restrictions eased, Mongolia was out of the equation due to Vladimir Putin’s ‘special operation’ in Ukraine, and unrest in The Stans and Central Asia, we set out to explore the Balkans, which is conveniently outside Schengen to facilitate our 90-day Shengen Shuffle.

I will shortly pick up on our Never Mind The Balkans tour, but in case you’ve missed what came before, here are all the posts, displayed in order:

Beasting It – From Newhaven to Briare

All that worry about pet passports, bacon, and a bottle of milk lurking in the back of our fridge was unnecessary.

On our morning walk, our little black pooch, Lani, rolled in a dead fish. It wasn’t the best start to the day!

We are all pilgrims who seek Italy.Johann Wolfgang von Goethe As we passed the sign, I had a strange sinking feeling. It felt odd coming back, because the last time we’d been in Tschaval – Staffal, we were absolutely desperate to get away.

How Many Adapters Do You Need To Fill An LPG Tank? Ivrea to Casele Monferrato, Italy

In Ivrea, our mission was to get pet food, find a vet to administer rabies boosters to The Fab Four, and score an Italian data SIM card.

On the Tuscan Run – Evicted Twice in Two Days!

Piedmont into Liguria was the exact opposite of the previous day’s pancake-flat jaunt across the Italian plain. The Autoroute Azzura, through the Appenine mountains and Genoa, presented us with a hair-raising few hours of tunnels and vertiginous viaducts. Impatient truckers, who objected to our top speed of 45 mph (70 kph), added an extra frisson…

Saturnia – Under The Tuscan Sun

“Mark. Are you listening?” I asked. I was admiring Peter’s wagon, particularly the epithet ‘Travel Endangers Prejudices’, which he had emblazoned on the back. Peter, Beata, and Alex had just come from Albania.

In Search of the Flying Phallus – Sovana & Pitigliano, Tuscany, Italy

What did the Etruscans ever do for us? Well, for more than half a millennium, they wore togas, brewed wine, built aqueducts and roads, founded hilltop city states and created sculpture and art. They practised human sacrifice and sometimes made prisoners fight one another in a sort of gladiatorial combat. That might sound a lot…

Since we were approaching the Phlegraean fields – the second largest volcano in the world, which lurks just west of Naples – I was not surprised when we experienced a major eruption. What was unusual was the location of the epicentre; a truck in a campsite in Gaeta, a small seaside resort to the north.

The cloud was rising from a mountain … I can best describe its shape by likening it to a pine tree. It rose into the sky on a very long trunk from which spread some branches. It appeared sometimes bright, and sometimes dark and spotted with patches of dirt and ash … Broad sheets of…

Pup Pompeii – The Closest You Can Get To Time Travel

Everything aches! I couldn’t sleep because my back, hips, and feet were killing. That’s two days of sightseeing for you – Up Vesuvius and Up Pompeii! For those of you who remember Frankie Howerd and the 1970s comedy Up Pompeii, Pup Pompeii is my worst pun yet. Just think yourselves lucky that there wasn’t a…

As ever, it was a long and winding road to Paestum – a beach resort with the added charm of a Greek city and three Doric temples, dating back to 500 BC.

Sometimes, a place you visit really gets into your heart. That happened to me in Hawai’i. There, they call it ‘aloha’.

I have discovered a new Pan Tone; Magenta di Matera. It relates to the colour of my face after scaling the Gravina gorge to the ancient City of Matera in a temperature of 28°C (83°F).

Our visits to the vet in Matera became a bit of a soap opera. The Fab Four, our four pooches, needed various inoculations and an Animal Health Certificate (AHC) to enter Albania.

Overlanding in Albania – Bari to Durrës

We weren’t sure what to expect in Albania. At the end of WWII, Albania became Europe’s equivalent to North Korea; a secretive, closed and isolationist country. Albania spent four decades under the iron grip of paranoid extremist ruler Enver Hoxha. As a communist state, Hoxha aligned Albania first with Russia, then with China, but broke…

Our first morning in Albania, and it was all drama before breakfast. The headline read: Clashes between rival fans and Albanian police in Tirana on the eve of the UEFA final left 19 police officers injured, while 80 fans were sent back to Italy for riotous behaviour.

On our last night at Buona Vila, we shared whisky, raki, and stories. Like so many countries we’d been warned not to visit, Albania was already revealing itself as a jewel. Lido, Spartak, and Ayesha had welcomed us like family at their wonderful beachside retreat, and we were reluctant to leave, but such is the… 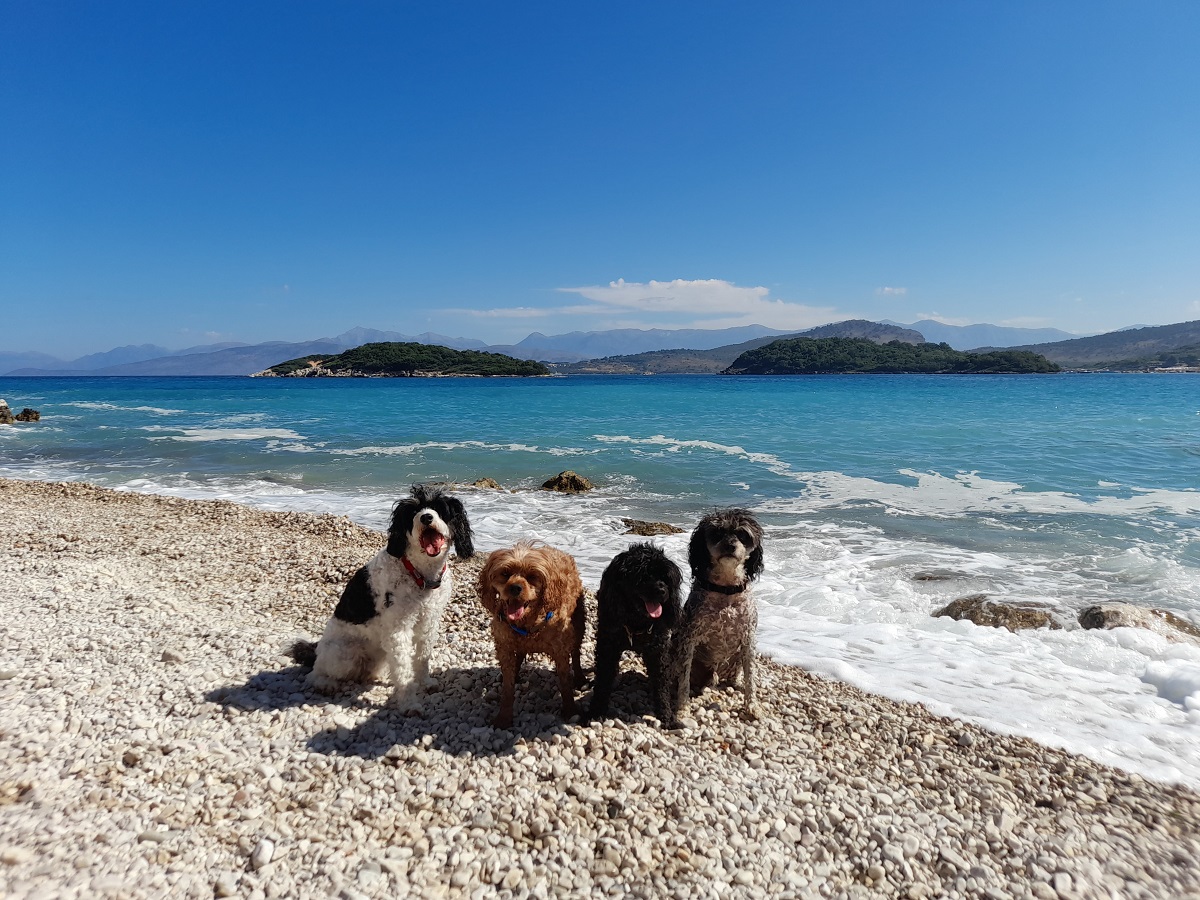 Get Travel Stories & Trip Tips Delivered Straight Into Your Inbox!

14 thoughts on “World Wide Walkies – The Story So Far!”